As the internet became more and more popular in the late 90s and early 2000s, digital subscriber line (DSL) technology ushered in the first broadband internet connection. It made continuous, always-on, high-speed internet access available and silenced the screeches of dial-up modems. DSL was also a welcome solution to the complaints of millions of dial-up users who just couldn’t deal anymore.

Many other broadband offerings have far exceeded the speeds and capabilities of DSL, to the point where it is considered a legacy technology that is being phased out by some of the nation’s largest internet providers. We’re not calling it the end of DSL yet, but now is an excellent time to start exploring other types of internet.

Here’s a look at several alternatives to DSL internet that provide reliable and stable connections now and for the future.

Fiber internet is by far the fastest of any internet service. It is also what many ground-based internet providers are investing in to sustain their business success today and down the road.

Fiber internet relies on fiber optic technology, which transmits data between two points using pulses of light, rather than the electric impulses copper networks utilize. It is the future of land-based internet, as it provides massive bandwidth and incredibly fast speeds over long distances.

Currently, fiber is typically only available in densely populated areas where it is easy to get it to the greatest number of users in an efficient manner. However, recent funding from the Federal Communications Commission (FCC) is incenting providers to begin deploying fiber networks in more areas. In short, fiber will become more available over the next several years.

Providers continue to invest in and expand their fiber networks

While it is expanding, fiber is not widely available outside of densely populated areas

It can be expensive, especially for top speeds

While it doesn’t have the same speed potential as fiber, cable internet is capable of reaching speeds over 1000 Mbps. This is plenty of speed to support working from home, streaming, gaming, and a “smart” home. Top speeds are dependent upon the provider and your location.

One of the most accessible internet services

An excellent alternative to fiber, if fiber is not available in your area

Because it is a shared service, speeds can drop during periods of heavy traffic

Cable internet service can be more expensive than other services

Though it is the most widely available service, it is also the slowest and laggiest. Download speeds can reach about 100 Mbps, and upload speeds can be as low as 3 Mbps. It relies on line of sight from your satellite dish to a satellite, or group of satellites, orbiting the earth, making it prone to weather disturbances and other obstructions.

Provides access to broadband internet to areas commonly without service

One of the slowest, high-latency internet connections

Service can be affected by severe weather and visual obstructions

Fifth-generation internet technology is the latest evolution of cellular data networks, set to replace LTE, 4G, and 3G in the coming years. 5G is a wireless technology with several layers in its spectrum that can provide speeds as high as 10 Gbps. While we won’t see 10 Gbps publicly available for some time, 5G is capable of providing stable speeds to consumers hovering around 100 Mbps and higher.

5G internet is a wireless technology with reception and speeds varying depending on location. If it is available in your area, it is a viable solution for broadband internet access. As of now, there are only a couple of providers offering in-home 5G internet, but we expect that to change as this relatively new technology continues to deploy and advance.

For now, there are few providers offering in-home 5G internet

Some materials can block or interfere with signal strength

DSL is a readily available type of broadband internet, but all signs point to the sunset of the technology. It simply can’t provide the bandwidth and speeds today’s lifestyles demand.

However, we encourage you to begin looking for alternative solutions to DSL, as it is older technology with many limitations. As providers invest in new technologies, such as 5G and fiber internet, you can expect to start seeing more choices and faster speeds becoming available in your area. 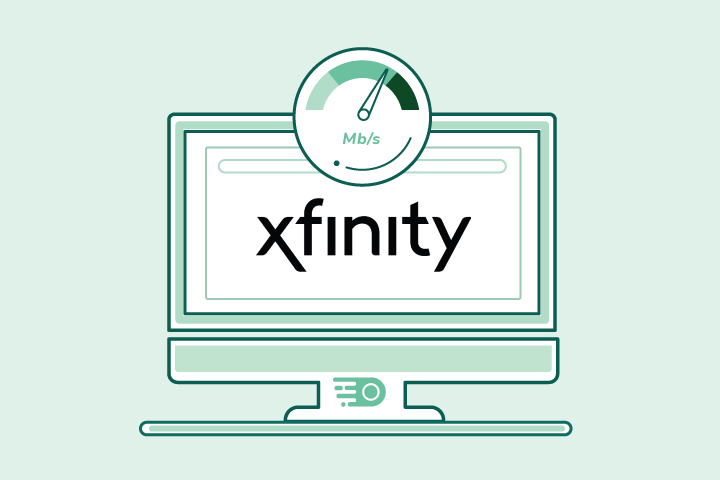