Choosing a good internet speed for gaming should never be harder than finding an Easter Egg in Grand Theft Auto. Download speed, upload speed, and ping rate can impact your gaming session and make or break your shot at a win. To get you back online and into the arena quicker, we’ve compiled all the information you’ll need to find the best internet speed for gaming based on genre and console.

Level up your gaming with the fastest connection and lowest latency. Gaming is all about actions and reactions happening in real-time. You never want the signals sent from your gaming system to the game’s online server to be delayed or lagging — leaving you one step behind the competition or already defeated. Download speed, upload speed, and ping rate have the greatest impact on game lag.

Ping rate, also called “latency” is the time (in milliseconds) it takes to get a response from your internet connection after you send out a message or request. Ping rate is more impactful than download or upload speed since it can cause a delay in-game action and what’s being shown on your screen. What is a good ping rate? You’ll always want to be under 150 milliseconds, but 20 to 50 milliseconds is ideal.

What is a Good Internet Speed for Gaming?

That depends on the type of game and even the type of console you’re gaming on. In general, a minimum speed of 3 Mbps download and 0.5 Mbps upload is recommended for single gamers. If you have multiple people in your house using different devices on the same network, speed should be increased. Try an internet speed test to see what you’re currently working with, and enter your zip code below to find internet providers available near you.

Various gaming genres require different speeds and ping rates for optimal gameplay. Check out some popular game types below and what download and upload speeds make for the best user experience.

The first-person shooter video game is centered on gun or other weapon-based combat in a first-person perspective. The player experiences action through the eyes of the game’s protagonist.

In battle royale video games there are a large number of players competing in “last man standing” combat. Most battle royale games are single-elimination matches with single players or two-player teams competing against each other.

A subgenre of strategy games, RTS games allow all players to simultaneously play the game in “real-time” instead of taking turns. Players strategically build structures and maneuver forces to take over or destroy their opponents’ assets.

In role-playing games, players control the actions of characters and other members of their group in a defined world. Players often have to solve puzzles, complete quests, and combat enemies while following a central storyline.

Massively multiplayer online games are similar to RPGs, but instead of following a central storyline and completing the game, players continue building up their character’s skills and resources while interacting with many other players. Characters even continue to evolve while the player is offline or away from the game.

*Disclosure: Some of the links below are affiliate links, meaning, at no additional cost to you, HighSpeedOptions will earn a commission if you click and make a purchase.

Nintendo Switch support doesn’t offer set speeds and ping rate. However, they do ask users troubleshooting internet connections to test their speed and compare against the below requirements. Ping rate isn’t listed, so use the average console rate of 150 milliseconds or less.

Unfortunately, there’s no recommended speed and ping rate in the PlayStation 4 manual. Below are our PlayStation 4 recommendations based on the FCC’s broadband speed guide and other gaming console minimums.

Computers are all built differently and serve different purposes so it’s hard to define set standards for speed and ping rate. For PC and Mac gaming, experts recommend these minimum ranges.

These minimum internet speed recommendations are just that — recommendations. The numbers suggested by game developers and consoles are typically based on speed needed for a single player. Your lifestyle or household size also impacts internet speed. Increase speed accordingly based on these factors and you should be ready for your next action-packed online adventure. But first, find out what internet service providers are available in your area! 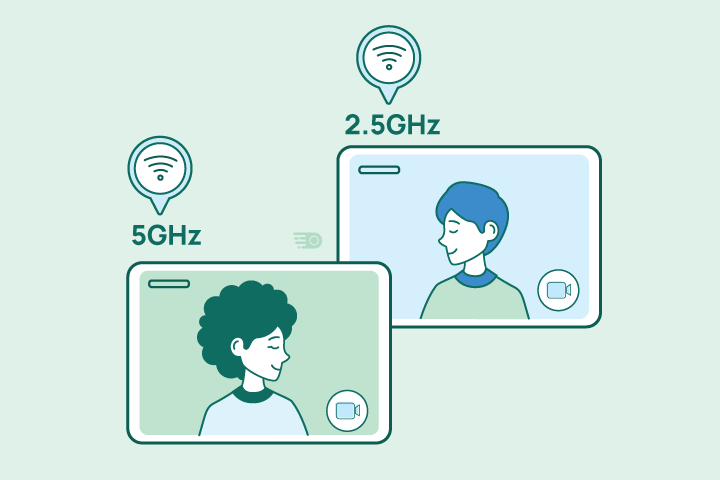