The news in the broadband internet industry comes fast and furiously. And the majority of the news is about internet providers shifting focus to fiber internet.

Over the last six months, both regional and national providers have signaled that fiber is key to their immediate and future success. In that effort, providers are decommissioning their copper networks – primarily DSL internet operations – and transitioning to fiber.

The Federal Communications Commission (FCC) requires network operators to file public notices of any planned network changes. In the first quarter of 2022, three internet providers have submitted notices to the FCC regarding significant alterations to their networks: AT&T, Verizon, and Ziply.

The Future of Broadband Internet

All of their filings indicate plans to upgrade and expand fiber operations, while at the same time sunsetting copper DSL networks. Some are upgrading existing networks, while others are making significant advancements into greenfield areas where fiber currently is not available.

AT&T recently announced that it will decrease its copper network by 50% by the end of 2025. This fits within an overall trend in broadband, as demand for higher speeds and more bandwidth continues to rise. This trend is also fueled by significant funding from the FCC, supporting an effort to bridge the digital divide and provide broadband internet to those with limited access to it.

Besides demand and funding opportunities igniting fiber development, it makes good business and operational sense to undertake such significant network changes. Fiber offers more bandwidth, higher speeds, and serves to “future proof” providers’ networks for at least the foreseeable future. And, they are saving operating costs, as transmissions over copper require more energy than fiber.

Areas where AT&T, Verizon, and Ziply are focusing their fiber developments:

What Does it Mean for Consumers?

It’s almost entirely good news for consumers. As providers transition away from copper and focus on fiber deployment, consumers stand to benefit as well. The expansion of fiber means that the high-speed network technology will become available in more areas and to more people. This is especially the case for those living in rural areas, where options are often limited to DSL and satellite internet.

We can expect to see more choices in the coming years. Everything from faster speeds from your existing provider to more provider options are coming. And of course, increased access to the future: fiber! The Future of 5G Internet 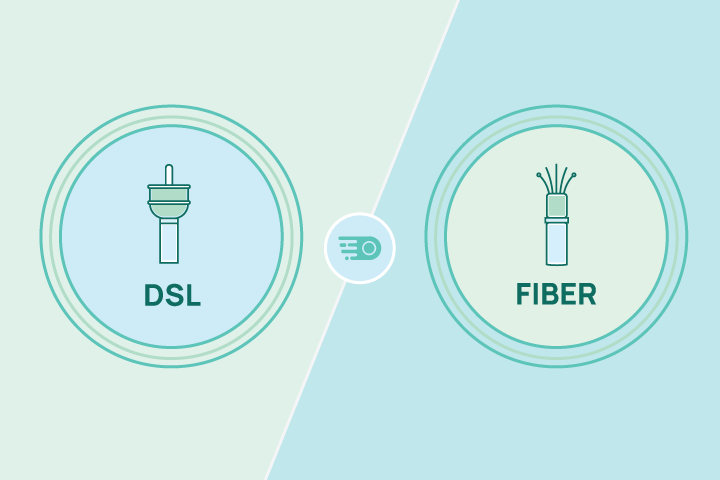