Broadband internet. High-speed internet. These are the most common search terms used to find the best internet providers. But what do they mean? Are they the same thing? If not, what is broadband internet? Follow along to see the differences and similarities of the two and what to look for in your internet service.

However, the Federal Communication Commission (FCC) has issued speed minimums for an internet service to be considered “broadband.” The FCC’s current broadband internet requirements are a minimum download speed of 25 Mbps and 3 Mbps upload speed.

You can test your internet speed to see what speed you’re getting with your current provider, and compare it with the list below to ensure you have the right speed for your internet lifestyle.

Broadband internet is high-speed internet, especially when compared to the speeds of dial-up. While you can learn more about internet speed, what is important to note is that different activities require different speeds. And, households with multiple users and devices will benefit from faster speeds.

The FCC guidelines are based on minimum speeds. 25 Mbps may be enough to stream video, but you may experience delays and buffering. 100 Mbps might be plenty of speed for one user, but it is not enough for a family of four. Your situation and needs will dictate how much internet speed you need.

DSL internet, short for Digital Subscriber Line, uses the copper phone lines that are already available in most homes to transmit digital data.

Cable internet uses copper coaxial cables, the same way you get cable TV, to transmit data to a modem in your home.

Satellite internet is a wireless technology that transmits internet signals between the provider’s network hub, a satellite orbiting the earth, and your home.

How Has the Broadband Definition Changed?

The definition of broadband has changed over time. It needs to change to keep up with technology and consumer demand. The last time it changed was in 2015 when the FCC upped its broadband benchmark speeds from 4 Mbps download and 1 Mbps upload to 25 Mbps down and 3 Mbps up.

The FCC indicated in July of 2022 that the commission will begin the process of updating the broadband minimum requirements again. Not only do the connection types continue to improve and consumer demand increases, but activities like HD video streaming, and online multiplayer gaming demand more from internet connections.
Looking for the best broadband internet service provider? Enter your zip code below to see what is available in your area. How to Read Your Internet Speed Test 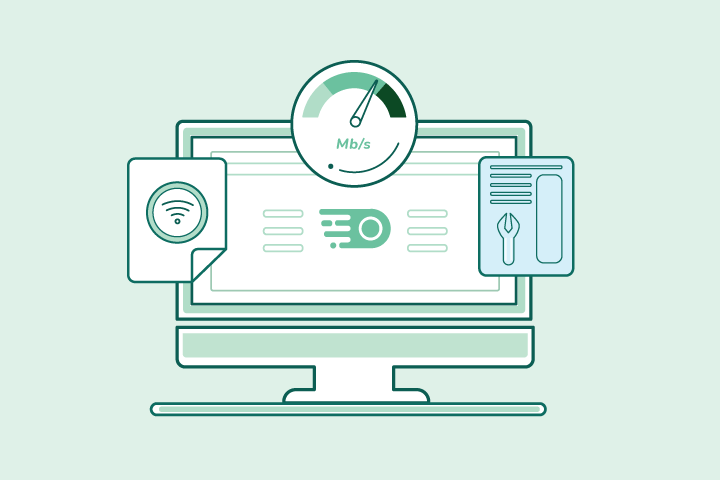