Over the years, lawmakers have attempted to gain some measure of control over the internet as it has evolved. In the last decade, they have enacted, rolled back, and replaced a patchwork of state and federal legislation around net neutrality.

Many argue that the days of the “internet wild west” came to an end in 2015 after the government established net neutrality regulations. However, these regulations were rolled back in 2017.

Some claim we’ll encounter a more complex internet era where internet service providers (ISPs) can play by their own rules. As frustrating as this might be, the American public is at least getting the concession of the forthcoming FCC broadband “nutrition labels” to provide some transparency around broadband services.

What is Net Neutrality

To understand the importance of and meaning behind these FCC broadband “nutrition labels,” you’ll first need to have a little knowledge regarding the critical concept of net neutrality. Its establishment and rollback have had significant impacts on the fate of the internet, and brings us to where we are today, and what’s around the corner.

The Open Internet Order of 2015

In 2015, the Federal Communications Commission (FCC) passed the Open Internet Order. This Order categorized internet providers as Title II common carriers, which subjected them to net neutrality principles. Essentially, ISPs had to treat all internet traffic as equal and prohibited the prioritization of some traffic over others to ensure the American public would reap the various economic, civil, and social benefits of an open internet.

In plain terms, the Open Internet Order ensured that ISPs couldn’t slide some types of data into “fast lanes” while slowing down, blocking, or otherwise discriminating against other types.

A significant element behind this Order was the rapid development of various streaming services and other powerful online content tools. The concern was that providers would “throttle” certain types of internet traffic, such as Hulu or Netflix, to encourage consumers to buy a different service or to keep their existing cable TV service.

Advocates of net neutrality strongly supported this Order and also claimed it was crucial to keep the internet on a level playing field. This would support innovation and allow new companies and technologies a chance to develop without being squashed by significant competitors.

In late 2017, the FCC decided to roll back the net neutrality 2015 Order. While the details of the 2015 Order hadn’t been fully resolved at the time, the 2017 rollback appears to have had minimal impact on consumers.

Except for one key element from the 2015 Order that resurfaced. An element that will have a positive impact on both consumers and service provider competition.

On January 27, 2022, the FCC released documentation on how they intend to Empower Broadband Consumers Through Transparency. This is a direct result of an executive order issued on July 9, 2021.

The concern highlighted in this Order is that Americans pay far too much for broadband, communication, and cable TV services due to inadequate competition within the telecommunications sector.

Therefore, the FCC will initiate new rule-making procedures that will require all broadband service providers to display a consumer label on their services, as described in the Public Notice of the Commission issued on April 4, 2016 (DA 16–357). It is interesting to note that this label concept originally emerged after the execution of the Open Internet Order in 2015.

The internet has quickly begun referring to these labels as broadband “nutrition labels,” given their overwhelming visual similarity to the nutrition labels found on food packaging. Hey, if it ain’t broke, right?

The purpose of the labels is to provide consumers with “clear, concise, and accurate information” regarding broadband providers’ “prices and fees, performance, and network practices.”

This will provide accurate “up-front” pricing and allow people to pick and choose the best broadband plans to meet their needs. And since pricing will be laid bare, this initiative strives to incentivize competition in order to provide more options and better services between broadband companies.

Until the FCC establishes a new template for the broadband nutrition label (if they even choose to do so), the template released in 2016 is the only source for what the broadband labels will contain.

The first two sections of the label discuss data service plans, including the monthly charges for month-to-month plans and two-year contract plans. They also lay out information regarding the amount of data included with the monthly payment, charges that will be applied for additional data, one-time fees, and other monthly fees.

The bottom of the second section provides information on government taxes and government-related fees. According to the current template for the label, this final piece of information will vary by state. We’re assuming that broadband companies will take the initiative to include that state-based information once the label mandates are established, but we’ll have to wait and see.

The third section of the label provides a list of “typical speed” information for downstream and upstream, along with latency and packet loss. The section also clearly notes that “individual experiences may vary.”

Why the “Nutrition Label” Matters to Consumers

The net neutrality debate is a complex discussion consisting of many factors, implications, and complications, which often isn’t black and white. While many people are still very displeased with the rollback of net neutrality as a whole, these labels are a good start to protect consumers and a competitive marketplace.

The labels provide a more transparent way for people to quickly compare the services offered by different internet providers in terms of cost, data availability, speed, and more. This will make it easier to shop for the best internet plans to meet individual needs.

The labels also help do away with the issue of sneaky or unforeseen fees, since all of them should be listed on the label. At the very least, the consumer shouldn’t be surprised by the assortment of fees when they see their first bill.

The transparency the labels provide consumers is also likely to increase provider competition. And in this space, competition is sorely lacking.

Increased competition in the broadband sector could mean lower internet prices and more choices. At the risk of hoping for too much, over time, the increase in transparency and competition should ideally result in better services for consumers.

This appears to be an earnest effort from the FCC to stimulate competition within the telecommunications market and give consumers more transparency. But the truth is that these nutrition labels are still a long way off.

The FCC has announced that it will undergo an intensive investigative period to gather input from internet service providers and industry stakeholders before proceeding. It could be months, or even years, before we see the broadband nutrition labels come to life.

Check out our educational resources to stay informed about the changes and current state of internet legislation, which could potentially affect your own home service.

Written By
Edited by: Keith Carlson
Written By
Edited by: Keith Carlson
Keith is a Contributing Writer for HighSpeedOptions with over 10 years of experience in writing and marketing. He has written for and contributed to organizations in the non-profit, financial, and enterprise internet and cable service industries. At HighSpeedOptions, Keith covers everything from broadband news to emerging technologies and how they complement different lifestyles and budgetary needs. In his free time, Keith enjoys spending time with his family, reading as many books as he can, and photography. Key Internet Statistics to Know in 2022 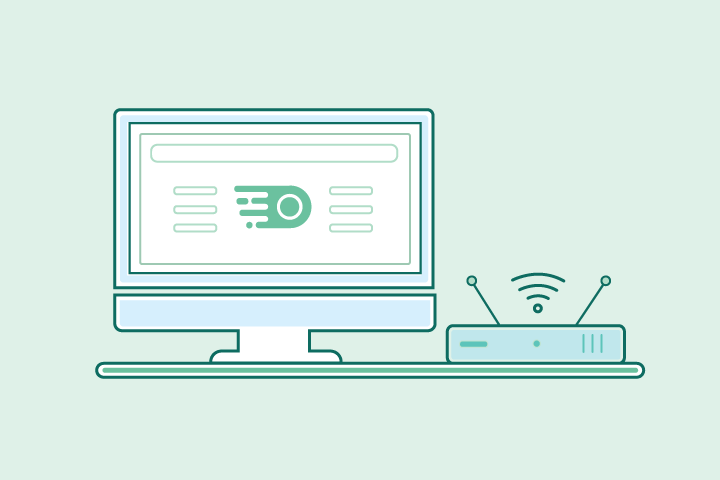