Will Starlink Change the Internet?

While it’s not the first – and won’t be the last – company to test low Earth orbit satellites, Starlink, the satellite internet division of SpaceX, is making waves in the telecommunications industry for its residential beta program launched in 2020.

As the first U.S.-based firm to successfully bring LEO internet to market, Starlink shows promise where others have heroically failed.

Every satellite company in history to launch a low Earth orbit (LEO) constellation has gone bankrupt, except for Starlink that is.

Said best in a tweet by Elon Musk, founder and CEO of this venture, “Starlink is a staggeringly difficult technical and economic endeavor. However, if we don’t fail, the cost to end-users will improve every year.” 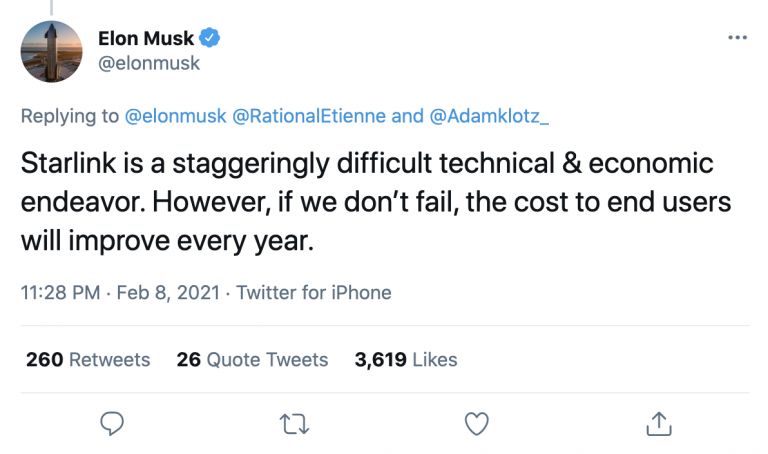 In the span of a decade, broadband moved from a “nice-to-have” to a “must-have” – the COVID-19 pandemic simply speeding up the clock on its shift towards a utility. Yet, we’re a far cry away from total connectivity.

Due to availability and cost issues (to name a few), millions of Americans don’t have access to reliable internet, which further widens the education and wealth gaps.

If successful, Starlink – and LEO satellite internet as a whole – may be the first real solution for billions of people missing out on the benefits of broadband.

How We See It:

Current State of the Telecom Industry

Despite advances in technology, the current state of the telecom industry is top of the bell curve at best. And, contrary to what internet service providers and the media report, the United States’ internet options are still very limited.

The three biggest hurdles standing in the way of real progress include access, affordability, and lack of competition.

According to the Federal Communications Commission’s (FCC) 2020 Broadband Deployment Report, roughly 6% of all Americans have zero access to fixed broadband at home. And, of those without access, a majority live in rural areas. That’s about 19 million people who, even if they could afford to subscribe to internet service, are out of luck.

The FCC defines broadband speeds as just 25 Mbps down and 3 Mbps up, which may be fast enough to check emails but won’t reliably support your Breaking Bad marathon. You can see how living in an underserved area, then, can severely limit a person’s job prospects, schooling, and social connections.

While some 19 million Americans do not have access at all, as many as one in three Americans choose to not subscribe to internet service, citing cost as a leading factor. 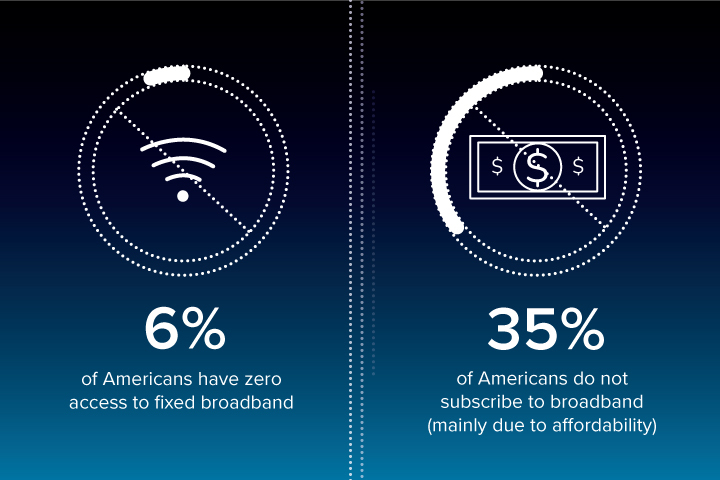 FCC data shows that nearly 35% of Americans, or about 114 million people, do not subscribe to broadband service at their homes. Affordability – or lack thereof – is often cited as the main driver for this decision.

Despite government intervention via efforts like the FCC Lifeline Program and ISP subsidies to incentivize network expansions, America still seems to lag behind other developed countries when it comes to internet cost.

In a 2020 study by New America, it turns out that we pay quite a bit more for internet service than most developed countries in Asia and Europe, regardless of speed. Before factoring in data caps and other ancillary ISP fees, we pay “nearly twice as much as European countries for high-speed internet.”

Naturally, the ballooning question pops up – How did we fall behind?

The lack of competition today may be the single greatest obstacle preventing the telecom industry (read: ISPs and consumers) from thriving.

A long history of privately-owned infrastructures and government regulations has enabled monopolies to quash competition in the marketplace and ignore the demand for innovation. 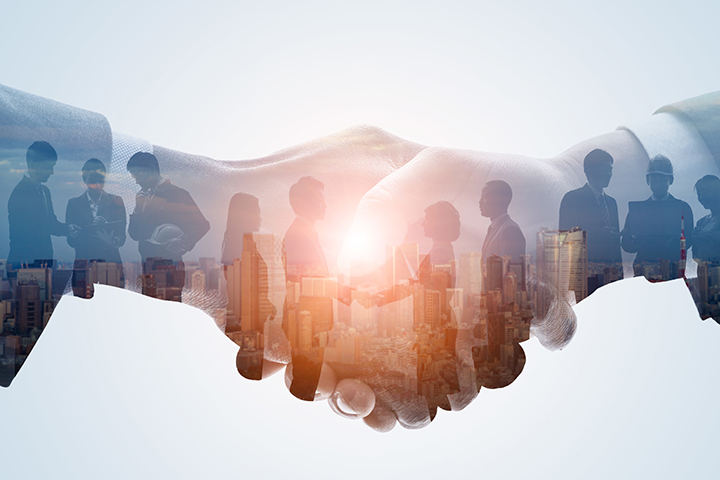 Through the years, weak antitrust laws failed to break up or prevent mega-telecoms from arising, which has left consumers with fewer ways to vote with their dollars.

Unsurprisingly, the Institute of Self-Reliance released a new report finding that two of the largest broadband companies in the U.S. – Comcast and Charter Spectrum – maintain a monopoly over 47+ million American households. It also sheds light on an additional 33 million homes only serviceable by one or two DSL providers.

While these are just a few examples of the current market, you can easily see how large segments of the population lack the competitive supply needed to drive down costs and push for more development.

What if there was a solution to address these pitfalls with the internet? What if Americans (or, really, anyone in the world) could circumvent some of the physical and political barriers stopping us from connecting from seemingly anywhere?

These are questions Starlink is attempting to answer.

Ways Starlink May Change the Internet

First, what is Starlink and how is it different from other internet providers? It’s an Elon Musk satellite internet company bringing life to the telecom industry. 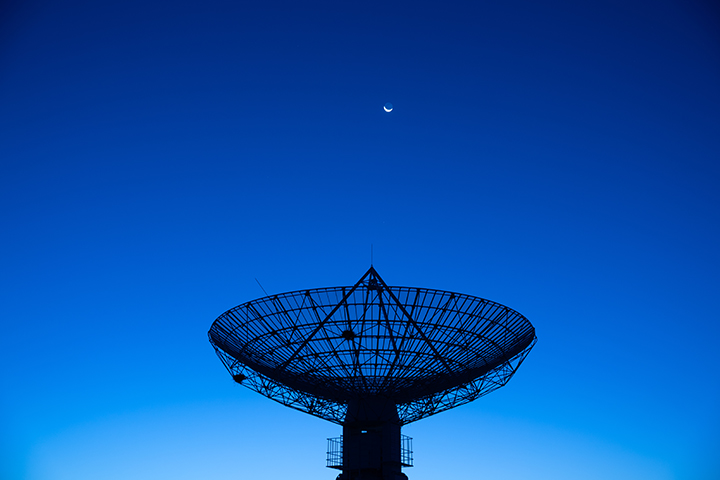 In the last year, Starlink launched over 1,000 satellites into low orbit with the goal of offering a new type of broadband. If successful, this LEO service could not only supersede traditional satellite internet like HughesNet or Viasat but also rival the likes of fiber internet in rural and remote communities.

Unlike GEO satellite providers who use a few hundred large satellites orbiting over 35,000 kilometers from Earth, Starlink plans to use up to 42,000 small satellites in low orbit no higher than 1,200 kilometers. Because of these key differences, Starlink is anticipated to offer reliable speeds up to 1 Gbps with lower latency of 20ms to 40ms worldwide.

Essentially, it’d combine the performance of grounded internet with the geographical freedom of traditional satellite internet so people can live anywhere on Earth while staying connected.

In general, LEO satellite service represents a real chance at solving connectivity issues for anyone outside city limits. Starlink may also pave the way for tangible changes to the industry as a whole, including lower prices, faster speeds, and better economic opportunities.

As Starlink enters new markets, the added competition has the potential to drive down the cost of internet over time.

In a study by the Analysis Group, they calculated that when just one new competitor joins a designated market area (DMA), the price of plans with speeds ranging from 50 Mbps to 1 Gbps sees a monthly decline of $1.50.

That’s it? McDonald’s saves me more than that.

Not so fast, though. Remember how we said Starlink isn’t the only company testing low orbit satellites?

With other ventures like Blue Origin, OneWeb, and Telesat itching to launch their own LEO constellations, it won’t be long before new players enter the market. At which point, the Analysis Group guesstimates an 8% reduction in monthly broadband prices, or about $7.50.

For low-income households, that may be the difference needed to break even on bills.

And, even though Starlink itself is quite expensive, its presence in the market has the potential to still benefit consumers who could choose a (now) cheaper internet provider.

Similarly, the buzz around LEO internet speeds has industry heads raising their eyebrows as well. While Starlink is only testing speeds of 50 Mbps to 150 Mbps right now, in time it’s expected to offer speeds up to 1 Gbps with low latency.

Normally these speeds are reserved for grounded connections like fiber or cable internet. So, if Starlink manages to deliver, we may no longer be limited by our geography.

Even further, the Analysis Group reports that the availability of higher internet speeds in a DMA “increases the likelihood that other providers will introduce high-speed plans to match...their competition.” In particular, they found that broadband providers are 4 to 17 percent more likely to increase their speeds on an annual basis because of competition.

This goes to show that a little healthy rivalry in the marketplace first and foremost benefits the consumer.

If Starlink is successful, we expect to see economic opportunity improve for billions with a B as well. With global availability, more people will have the means to compete for jobs in today’s digital age. 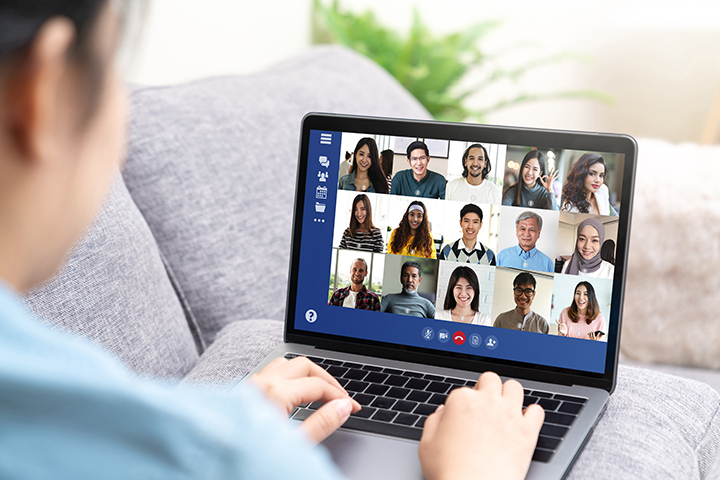 To put things into perspective, consider the world population. Of the current 7.8 billion people, a little under half of them (40%) lack regular internet access. That’s nearly one out of every two people.

If LEO satellite service can make it to where geography, price, and speeds aren’t roadblocks anymore, what happens?

And, as jobs continue to transition online, it’s safe to assume that people won’t be as limited by obstacles such as disabilities, poor education, and wealth disparities when they compete for openings.

In these ways, Starlink has the potential to help offset poverty where many governments have failed.

Despite great promise, Starlink still has a long way to go – as Elon Musk himself admits. A few glaring obstacles it needs to overcome include future deployments, Starlink prices, and speeds.

Currently, Starlink is only available in select areas of the United States and Canada while in beta. CNBC reports that Starlink launched over 1,000 LEO satellites for its Beta program, but it still requires several deployments before completion.

For a whopping $10 billion, SpaceX plans to launch up to 4,500 small satellites by 2024 to deliver its high-speed internet.

To give context, a total of 9,000 satellites have been launched in all of space history, and of those, only 2,000 are still operational. Starlink plans to double that amount in just three years’ time.

It’s a massive undertaking with great potential, but Starlink is far from the finish line.

Another obstacle for Starlink is the cost of its service. Priced at $99 per month with a $499 setup kit, Starlink is still out of reach for millions of Americans lacking internet service. 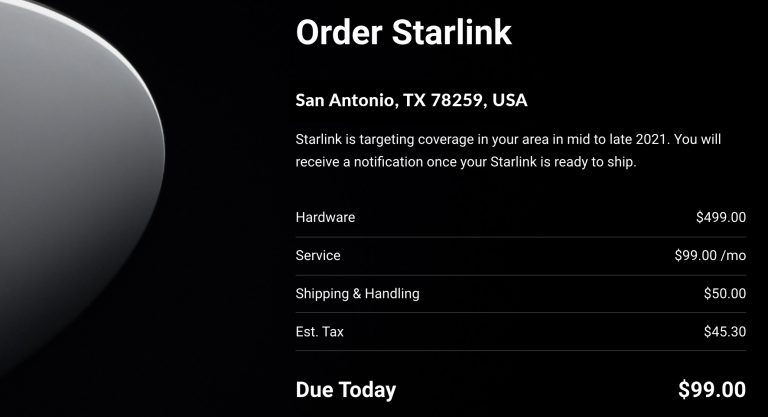 In order to close the adoption gap, the Starlink internet price will need to come down. From what we can gather, SpaceX plans to scale its network first before it is able to lower service costs. How long this will take and to what price remains a mystery to consumers.

During the Starlink Beta program, current users are able to see data speeds varying from 50 Mbps to 150 Mbps and latency from 20ms to 40ms.

Right off the bat, these speeds are already competitive with DSL and traditional satellite providers. Yet, they don’t scream fiber speeds as promised.

On their website, Starlink explains that as they “launch more satellites, install more ground stations, and improve...networking software, data speed, latency, and uptime will improve dramatically.”

If we’re to hope for real change in the telecommunications industry, this will be essential.

While Starlink shows promise, there is a long road ahead for those at SpaceX. Deployment needs and expensive rates pose real concerns for many of the breakthroughs we discussed. Yet, if Starlink can overcome these challenges, it has an honest shot at narrowing the digital divide.

Paula began her career in the telecom space, writing on all things tech for 3+ years. With a degree in Advertising from The University of Texas at Austin, Paula’s passion for connecting with consumers is unparalleled. Beyond that, Paula is considered a Jane-of-all-trades who loves DIY projects, attempts to cook Thai food, and photographs brands in her spare time.

By Anna Ellison⋅ December 08, 2020
ServicesInternetTVBundle
ProvidersAT&TCenturyLinkCoxSpectrumXfinitySee All Providers
Resources Insights FAQ
Company Contact Us About UsAdvertise With Us