In April of 2022, Comcast Xfinity and Charter Spectrum – two of the largest cable operators in the country – announced a joint venture to expand and enhance Comcast’s Flex streaming service. Both companies will offer Comcast’s Flex platform to existing and new customers, while Spectrum will help fund expenses to enhance and expand the product with an initial sum of $900 million.

Comcast is already including its Flex device for free with any new internet subscriptions. In late 2021, Comcast launched an XClass Smart TV that has the Flex platform baked in. Charter will begin offering the Flex device to its customers in 2023.

This venture breaks down the barriers of each company’s TV cable network footprints and opens them up to customers nationwide. While Comcast and Charter claim that the streaming platform remains separate from cable TV operations, it most certainly is going to give each other revenue streams in the wake of significant pay-TV subscriber loss and the rise of streaming.

Charter and Comcast have significant stakes in both arenas now.

Find internet options in your area.

What’s in it for Consumers?

This joint venture is primarily a strategic decision with a long-term range for the two cable operators. It positions both providers to continue their cable operations and to enter the streaming market with a captive audience to support it. And as devices age and become obsolete, Comcast and Charter now have a way to lure customers away from other streaming devices and into their ecosystem.

The biggest benefit to consumers right now is that the Flex streaming aggregator is free with new internet-only subscriptions, which will include the NBC Peacock and Comcast’s Xumo streaming services. And there’s one more streaming platform to choose from if you’re in the market, and the potential for more competition to stabilize or even reduce device costs.

One thing that could set the Flex platform apart from other devices would be to bring live TV, On Demand shows, and streaming content together in one place. While it is speculation at this point, there is significant potential through this joint venture for it to become a reality.

No Shortage of Streaming Service Choices

As streaming has gained popularity, the number of devices and streaming content has skyrocketed. It can be overwhelming to choose what services you want or need. Our streaming guide helps you decide if streaming is for you and gives an overview of services to help you make an informed decision.

As two of the largest cable providers in the country, Xfinity and Spectrum are widely available and offer robust services to fit most lifestyles. If you plan to stream video, you’ll need a minimum speed of 200 Mbps. Higher speeds will prevent buffering and allow for multiple streams over your internet connection.

In addition to internet service, Xfinity and Spectrum both offer cable TV and home phone services. Here are a few facts to keep in mind if you’re trying to decide if streaming or pay-TV is the right solution for you. 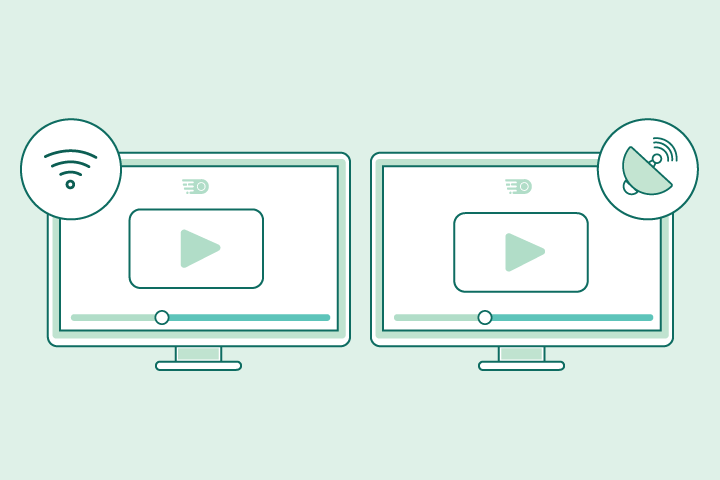 Streaming vs. Cable: Cut the Cord or Buy a Bundle?